Botox has long been utilized in the medical community for treating muscle spasms, excessive sweating, migraine headaches, and 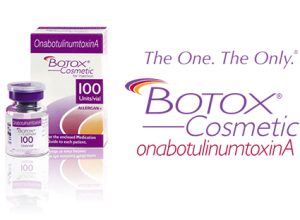 most notably, facial wrinkling. However, over the last few years more and more research is revealing that by altering facial expression with Botox we can also alter mood.

First of all, let’s get a little background. For decades researchers have known that facial expressions can effect changes in mood just like mood effects facial expression. It began in 1989, when a psychologist named Robert Zajonc published one of the most significant studies on the emotional effect of producing a smile. During his study, subjects repeated vowel sounds that forced their faces into various expressions. To mimic some of the characteristics of a smile, they made the long “e” sound, which stretches the corners of the mouth outward. Other vowel sounds were also tested, including the long “u,” which forces the mouth into a pouty expression. Subjects reported feeling good after making the long “e” sound, and feeling bad after the long “u.” According to his hypothesis, the facial changes involved in smiling have direct effects on certain brain activities associated with happiness.

Several similar studies followed. One had subjects make the positive and negative expressions by holding a pen in their mouths,
either protruding outward for a pout or held lengthwise in the teeth to make a smile. This study yielded the same results. In another experiment, one group of subjects was shown pictures of various facial expressions; another group made those facial expressions and a final group made those expressions while looking in the mirror. The evidence all pointed toward smiling as a cause of happy feelings. Subjects were asked questions that pinpointed their emotional state before and after smiling, and they overwhelmingly scored happier after smiling. In the study involving the mirror, subjects who watched themselves smile saw an even more pronounced change in mood than those who smiled without the mirror, and the subjects who merely looked at pictures didn’t experience that change at all.

So now that we’ve established that smiling can actually make you happier, what would happen if we weakened the muscles that cause you to frown. This was the question that has been answered in more recent research. In 2006, Finzi et al. published a case series in the Journal of Dermatologic Surgery where 10 depressed patients were injected with botox into their vertical glabellar 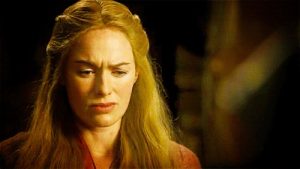 frown lines(ie. vertical lines that run between your eyebrows when you scowl or are angry). Within 2 months, 9 of 10 patients reported resolution of depression and the 10th had an improvement in mood. In 2012, Wollmer et al. published a paper in the Journal of Psychiatric Research where they conducted a randomized double-blinded controlled trial studying the effect of Botox injection on depression. Thirty depressed patients in each study group received either botox or placebo injected into their glabellar frown lines. At 6 weeks after treatment 47% of the botox study patients showed significant improvement in depression scores vrsus only 9% in the placebo group. In August 2014 an additional study by Wollmer et al again proved this Botox and depression relationship. Only in this more recent study, they showed additional positive psychiatric effects even after the cosmetic effects of botox wore off.

In conclusion, is highly likely that the effects of Botox, and maybe even other cosmetic treatments, may effect our psychology in more subtle ways than we realize. I can’t help but think in this era of selfies and increased personal visibility granted by social media sites such as facebook, twitter, and instagram, that we are looking in the mirror more often than ever. I hope that we’re smiling.

To learn more about the plastic surgery treatments and procedures performed by Board Certified Plastic Surgeon, David Graham, MD please contact us.